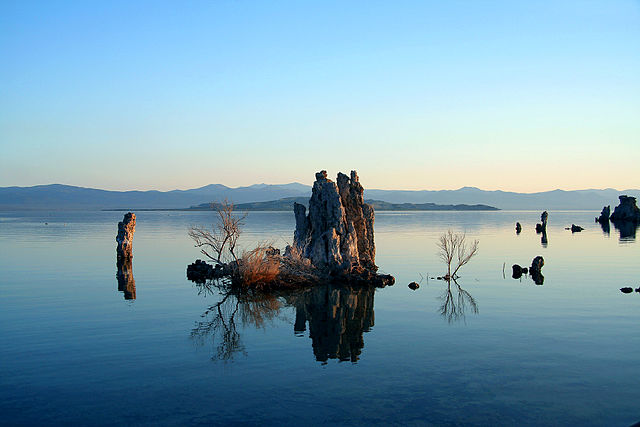 Mono Lake in California is one of America’s weirdest places.

If you were to imagine an alien landscape, you might think of something rather like Mono Lake in California. The second-oldest lake in North America, once described by Mark Twain as California’s “dead sea”, Mono Lake is weird yet beautiful. 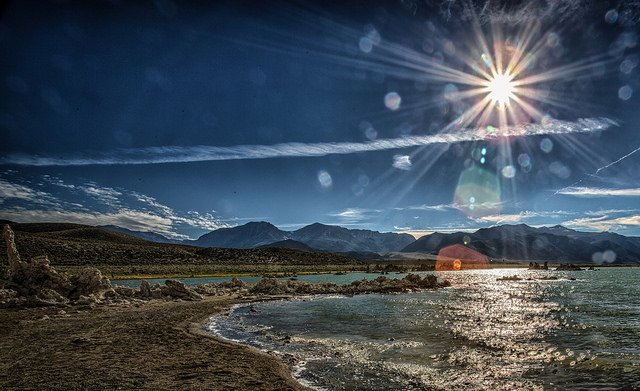 Found near the town of Lee Vining, in the heart of East-Central California’s Mono County, Mono Lake isn’t one of the better known attractions of the state. It’s certainly been there a while, though: it formed at least a million years ago. With no access to the ocean, the lake is considerably saltier than sea water. The 65 square mile lake was relatively unremarkable until the lake 1940s, when the city of Los Angeles diverted water further upriver from the lake for its aqueduct system. This resulted in a dramatic lowering of the water level, which revealed the tufas for which Mono Lake is famed.

What Makes Mono Lake so Weird 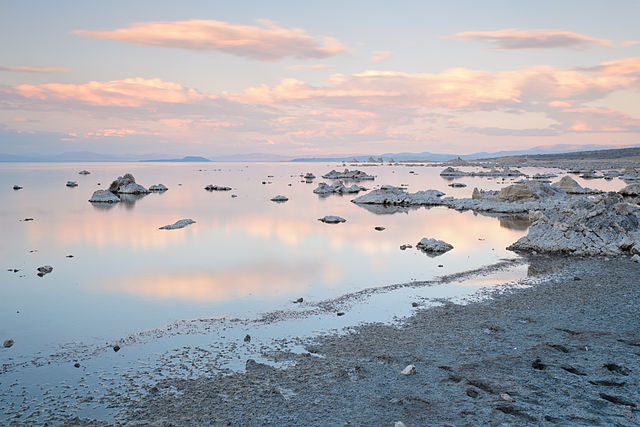 Photo by King Of Hearts

When the water level dropped, strange towers became visible rising up from the water’s surface. Formed a combination of calcium-rich water from underground springs and the alkaline lake water, they towers look like they belong at the bottom of the ocean, if not an other planet. Nowadays however, the level of the lake has been partially recovered thanks to the efforts of environmentalists who worried that the decreased water volume (and therefore increased salt level) harmed local wildlife. This means that the tufas are not completely visible at all times.

The Nature of Mono Lake 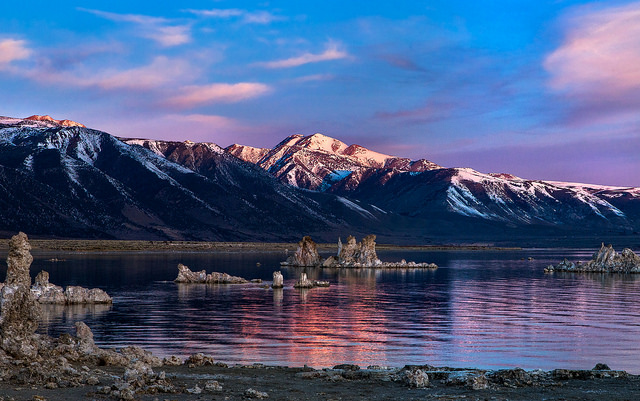 Although the salt-levels of Mono Lake make it uninhabitable for fish, the lake is filled with brine shrimp. This is turn attracts millions of birds to use the lake as a temporary base along migration paths. The lower lake level endangered the birds: in addition to the increased salt level, the water dropped low enough for predatory land animals to access the central lake island on which the birds settled during the summer. This was the motivation for the protests demanding that the LA allow the lake to refilled. Luckily, protests were successful and the lakes were partially refilled, and the birds are safe for now.

The Scientific Controversy of Mono Lake 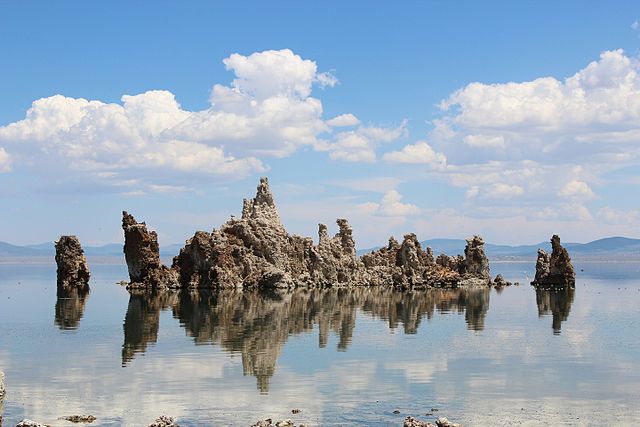 Mono Lake is also at the heart of a scientific controversy. Home to some of the weirdest nature on the planet, there was a study that seemed to show that bacteria present in the lake could hint at forms of life elsewhere in the universe. It was thought that Mono Lake bacteria unlike other forms of life on earth, required arsenic rather than phosphorous for its DNA. This would have had implications for how alien life could grow. However, only a couple of years after this study, it was argued that the bacteria do indeed need a little phosphorous, and are merely very resistant to arsenic. The publishers of the initial paper stand by their claims, though! One thing is for sure: the nature of Mono Lake is weird.

The Wild West Challenge is a minimal assistance adventure challenge, with teams driving from the City of Angels to the City of Sin. Enjoy the bustling energy of Los Angeles, before celebrating the conclusion of the race in the casino capital of the world. Buckle up and prepare for a once-in-a-lifetime roadtrip, through the weird and wonderful scenery of the American West. Mono Lake is just one of many natural oddities that sprinkle the landscape between small towns and lonely roads.

Liked this story? Getting itchy feet to travel and find adventures? Then join us on our next Wild West Challenge. Get a team together and experience an amazing road trip through the Wild West! If you want to join us in spirit, like us on Facebook or follow us on Twitter and Instagram to keep up with our latest antics. And to never miss any important update, why don’t you sign up for The Travel Scientists Newsletter!
Tags:
alien life american west arsenic California driving challenge east california Lake minimal assistance driving challenge Mono Lake natural phenomena nature sand tufas tufas Wild West Challenge