Indian Legends about the Grand Canyon 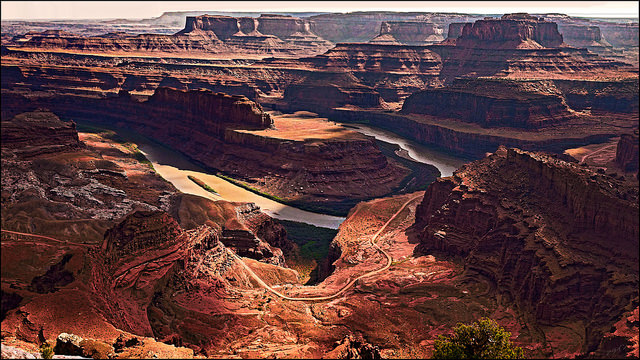 The Grand Canyon is one of the most imposing a breathtaking landmarks in North America- but how was such a huge natural structure created? The Native American tribes that have been living in its cliffs for centuries have their own legends regarding the canyon, stories that have been passed through generations until today.

The Grand Canyon has been and still is the home of many Native American Tribes. The Indian legends of these tribes living in the area are usually connected to the canyon, and many of them talk about its formation. This may suggest that the early Indian tribes could have witnessed how the river dug his bed even deeper into the stone.

Today, four tribes of Native Americans live near the Canyon: the Hopi, the Hualapai, the Havasupai and the Navajo. However, it was the ancient Anasazi civilization who were original living in these lands, long before the arrival of the other tribes. They were the ones that lived in the area when the first Spanish explorers- which gave them the nickname of Pueblo, meaning “The People” in Spanish- arrived to the area of the Grand Canyon searching for the legendary Seven Cities of Cibola. 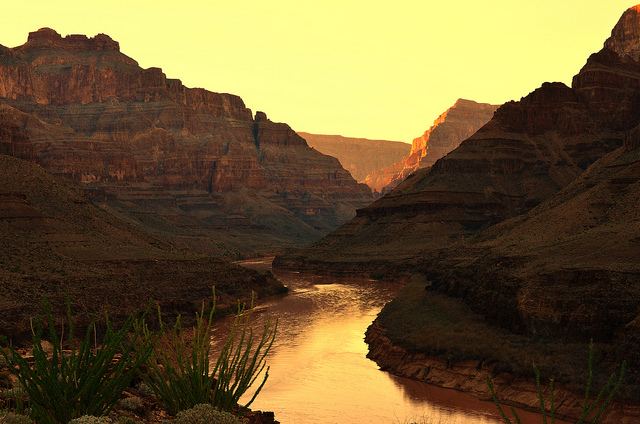 All of the four tribes that live there nowadays have legends about the Canyon, and three of them (Hualapai, Havasupai and Navajo), give an explanation about the Canyon’ s formation. Such an extraordinary landscape like the Grand Canyon obviously leads to the formation of legends that have passed from mouth to mouth until our days. The three stories give different explanations, but truth is that they share common elements when it comes to explain the origin of the canyon.

The Hualapai legend says that, after a great flood occurred in the area, a brave and famous Hualapai hero used a large knife and a club to dig all by himself a channel into the earth until the Sea of Sunset that would lead all the water flood down back to the ocean. The hot sun baked the ground afterwards, giving it its current look. 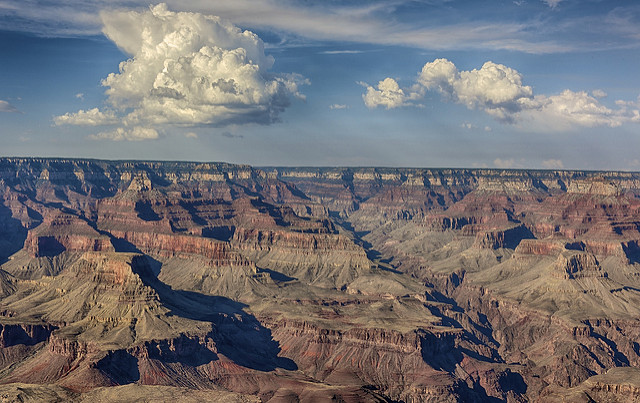 The Navajo legend also starts with a great flood. This one was such a big one that it almost drowned all of their ancestors; however, they managed to save themselves by transforming into fishes that lived in the water for a long time. In this version, the water flowed off by itself, leaving eventually the land in the shape of the great Canyon that is today. The Navajo ancestors then transformed themselves back into human form, inhabiting the resulting land. Specialists believe that the similarity of this legend with the Hualapai one might originate in the Navajo tribe being the one who arrived last to the region, so they might have copies and then slightly changed some of the old legends after conquering the land.

The Havasupai legend differs slightly from the other two. In this version, there are two ruling gods of the universe: Hokotama and Tochopa. Both got involved in a civil war fighting for the control over the world. Hokotama decided to drown the whole world in a – surprise – huge flood that covered the world with a huge mass of water that came from the sudden growth of rivers, oceans and waterfalls. However, Tochopa had managed to hide and protect his daughter Pukeheh in a hollow tree with provisions, so at least she survived to repopulate the earth with life all over again after the flood had passed. This huge flood was what created the Grand Canyon, among many other natural landmarks.

As you can notice, all these legends are not only similar to each other, but they have also a great similarity with the legend of Noah and the Ark. They share the elements of a tremendous flood (in the Havasuapi case, even directly caused by a God), and the miraculous survival of life.

The common link in the stories about the Grand Canyon is the big flood, which suggest this was an important and recent event in the minds of the original storytellers. They did not associate the canyon with erosion or other possible explanations, but instead all of them agree in explaining this natural phenomenon with a flood. Possibly, they witnessed such a flood, or they arrived shortly after it happened. However it happened, the events must have been impressive enough to leave us these stories in the Indian folklore to enjoy today. 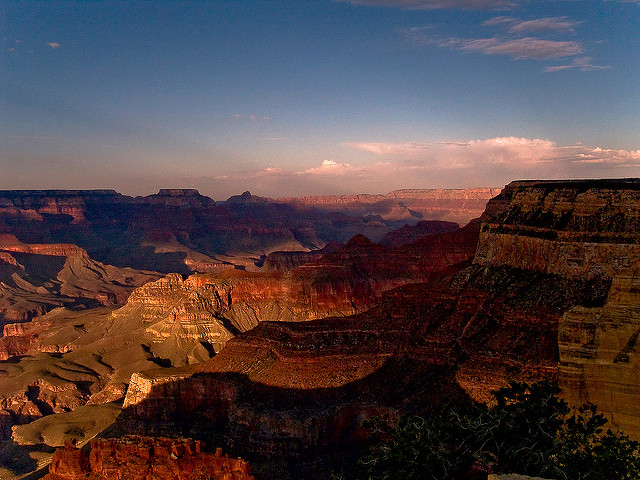 Discover the breathtaking Grand Canyon in Colorado during our awesome adventure rally through the Wild West, an adventure that will eventually inspire legends on its own: the Wild West Challenge!

Liked this story? Getting itchy feet to travel and find adventures? Then join us on our next Wild West Challenge. Get a team together and experience an amazing road trip through the Wild West! If you want to join us in spirit, like us on Facebook or follow us on Twitter to keep up with our latest antics. And to never miss any important update, why don’t you sign up for The Travel Scientists Newsletter!
Tags:
Anasazi Anasazi civilization Colorado Grand Canyon Havasupai Havasupai legends Hopi Hualapai Hualapai legends indian gods Indian legends indian legends about the Grand Canyon indian tribes indian tribes in Grand Canyon Indians Native americans Navajo Legends Navajos