The Ghost Town of Old Frisco 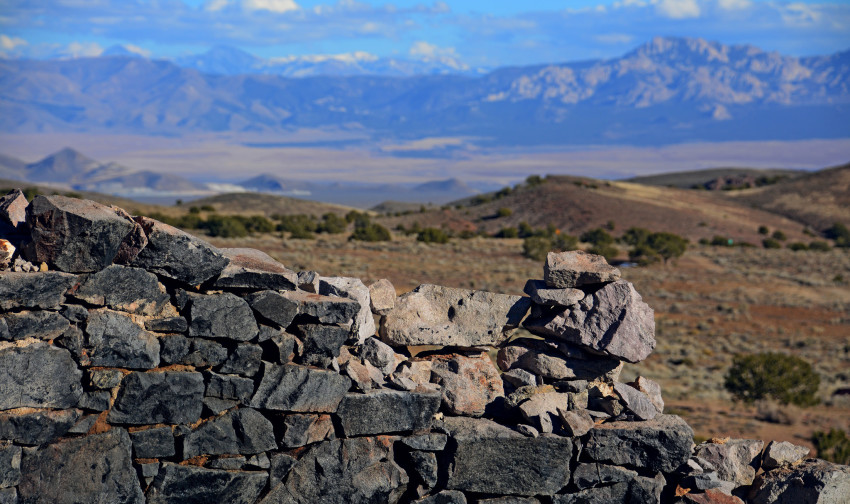 If you walk through the empty, dusty streets of the abandoned ghost town of Frisco, it is hard to believe that it was once the place we all imagine when thinking about a road trip through the Wild West: piles of gold and silver running around, fights in the street between outlaws and sheriffs, saloons and brothels. Here is the story of how one of the wildest places of the West became a silent Ghost Town.

The remains of Frisco Old Town are located at the base of the San Francisco Mountains, in Utah. The area was rich in silver, which explains the quick growth of the city since its beginnings in 1875.

It was two prospectors, named James Ryan and Samuel Hawks, who started the whole thing. They were working in the Galena Mine at the time, close to the San Francisco Mountains, when they found the very first ore body of what would become Old Frisco. Sadly for them, after the first one they sold the rights to work the land thinking that they wouldn’t find anything else. They couldn’t be more wrong: the new owners found 25,000 tons of ore with high silver content. Given the richness of the place, the town of Frisco (named after the mountains) didn’t take a long time to sprout up. 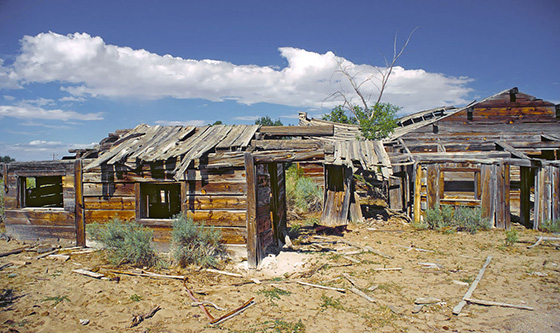 Frisco kept growing and reached a population of around 6000 people. The town had everything that a typical Wild West location should have: saloons, hotels, gambling halls and even its very own Red Light district. The Horn Silver Mine made the place rich and prosper and Frisco soon evolved into the post office and commercial center of the district

Only four years after the discovery of the mine by Ryan and Hawks, it was already considered the richest silver mine in the world that was being worked at the time.

However, not everything was richness and prosperity. Frisco was also considered to be the wildest mine in the San Francisco district. The mining camp was made only for the toughest, as it wasn’t exactly what you would call a peaceful place. Everyday there was a new murder, and it is even claimed that an average of 12 men per night were killed. These killings increased considerably the size of the local cemetery, which today is still impressive. The murders were so frequent that it is said the city officials had to contract a wagon so it could pick up all the bodies from the streets every night and take them for burial, preventing them from accumulating in the gutter. 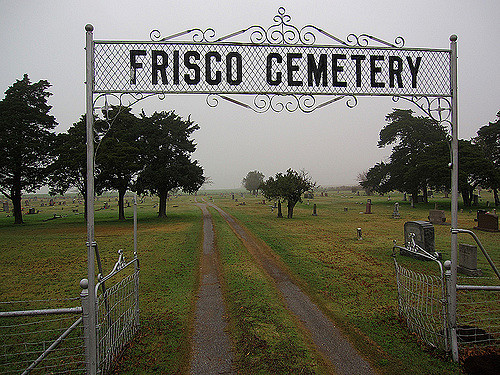 Entrance to the Frisco Cemetery today. Photo by H.L.I.T.

The killings and vice of the city made it so chaotic that eventually the authorities desperately asked for the help of a law man from Pioche, Nevada, and gave him completely free reign to clean up the town. This new tough Marshall had no intention of building a jail or arresting anybody. Instead, he gave the city without law two simple options: whoever broke the law again could simply leave the town, or get shot. The happy people of Frisco did not take him seriously as they hadn’t with his predecessors, but only until the first night, when the new Marshall proved his threats to be serious by killing six outlaws. After this, most of the lawless decided to take his initial offer and moved out.

It would seem that without its most dangerous part the city was set in the right path. However, this didn’t last for long. In 1885, the miners first felt the tremors that were shaking the ground down inside the mine. Shortly after, a huge cave in occurred that collapsed the tunnels of the richest parts of the mine. No one was killed in the process, but this meant the end of the famous mine, that would never again be so profitable as it used to be.

The life of Old Town Frisco was linked to the mine, so after the mine was gone, the city started to decay slowly but constantly. Business closed and families left looking for a new future in other lands. By 1912, only twelve businesses were still open in the town, and only eight years later, in 1920, the city had already become a ghost town, completely abandoned by all its old inhabitants. 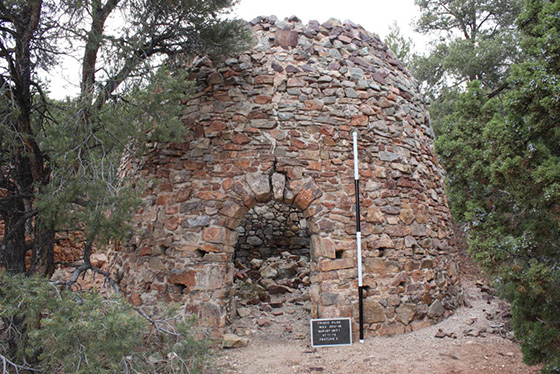 Today, many of the old buildings are still there, but there is no life in the city at all, except for the curios visitors. Many caves in the floor are still open and charcoal ovens come out of the ground as reminders of the old mine that made the ghost town so rich and alive once. The cemetery remains too, as a memory of those who lived and died in Old Town Frisco.

Sounds like an old western movie, doesn’t it? If you cannot wait to live western adventures like the ones lived in Old Frisco, join our adventure rally through the Wild West and get to cross the Ghost Town and many other incredible places of the US!

Liked this story? Getting itchy feet to travel and find adventures? Then join us on our next Wild West Challenge. Get a team together and experience an amazing road trip through the Wild West! If you want to join us in spirit, like us on Facebook or follow us on Twitter to keep up with our latest antics. And to never miss any important update, why don’t you sign up for The Travel Scientists Newsletter!
Tags:
abandoned town Frisco Frisco Cemetery Galena Mine ghost town Gold Horn Silver Mine marshall mine mining Old Frisco Old Frisco Cemetery Old Town Frisco Old Town Frisco Cemetery Old Town Frisco mines road trip San Francisco Mountains sheriff silver Utah Western Wild West