The King of the Mountain: Bryce Canyon Mountain Lions 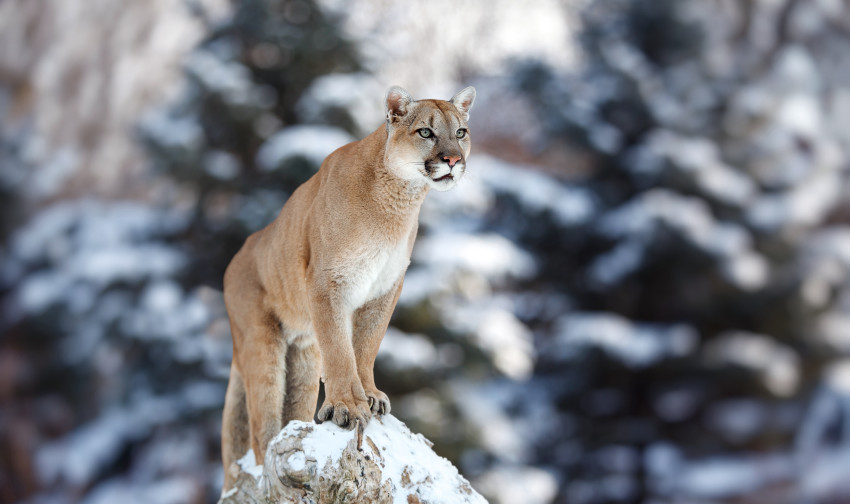 With piercing clear eyes and golden fur, the mountain lions are the silent and classy kings of Southern Utah. They hike and hunt through the impressive reddish clings of Bryce Canyon (one of the stunning places you will go across our amazing adventure rally through the Wild West), although just a few get lucky enough to see these wild, beautiful and lethal hunters of the desert.

The mountain lion, despite its majestic name, reminds more of a big cat than of an African lion- at least, it lacks the gorgeous set of long hair; but that does not make it one bit less beautiful than its African cousin. These wild great cats are the largest members of the cat family in North America. They live in the high mountains, especially in the area of the ones surrounding Bryce Canyon Country, and in rough, arid deserts. However, they are not particularly sociable: visitors of the Canyon rarely spot the shy cat kings. 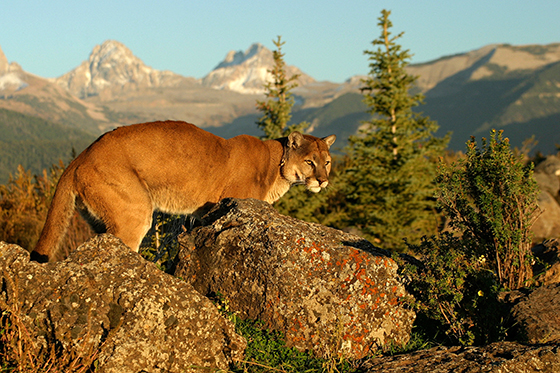 A mountain lion can become approximately 8 feet long, and weights on average around 100-175 pounds. Their fur presents a golden, light brown color with white zones in the area of the belly and legs. The fur is short, due to the high temperatures they stand during the summer in the desert, but yet strong enough to protect them from the cold mountains in winter. They have also large, soft pads and retractable claws, all of it designed to move silently.

Mountain lions can survive in many different habitats, but there has to be animals to hunt, an irregular land with covers they can use for their hunting methods, and shelter. Their diet is basically formed by meat: deer is their favorite, but almost any animal can do, from small mice to squirrels.

They are lethal and skilled hunters, who hide in vegetation cover and rock crevices, and wait for their victims coming close to them unalarmed before starting the fast attack. The rocky corners of the Bryce Canyon are therefore a perfect cover for these hunters to approach their prey silently. After hunting the animal and having a great feast of it (An adult mountain lion can consume up to 30 pounds of meat in a single meal!), the mountain lion will keep returning to the body (if it was big enough) for days and days until all the meat is gone. 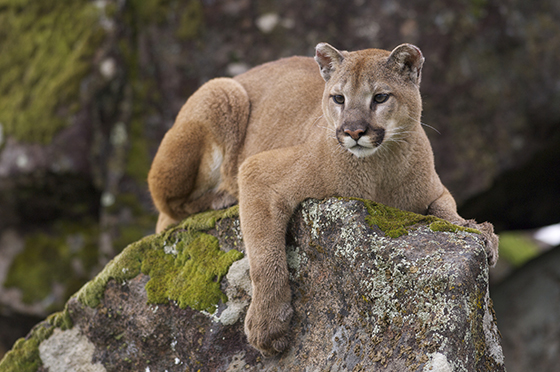 As great hunters, mountain lions count with extremely sensitive senses: their developed vision allows them to see in the complete dark during the night, and their highly sharp hearing lets them hear their potential preys to detect them when they are hiding. However, their sense of smell is not as high as the others. Not that they really need it with their other superpowers!

In the area of Southern Utah, a single mountain can be the territory of a single mountain lion – a huge amount of land to cover just by one. They are solitary creatures that do not care so much about socialising with other mountain lions (or with anyone for that matter) except, of course, during mating period. Breeding occurs once a year, and it can be during any time of the year. After the gestation, which takes around three months, beautiful mountain lion babies are born with spotted tails and clear blue eyes. The little cats weight only one pound after birth, but they grow really fast, gaining up to 30 pounds in just two months. The young lions stay together with their mother for approximately one year and a half, when they need the lioness’ protection against the male adult lions that might attack them while they are still young and weak. 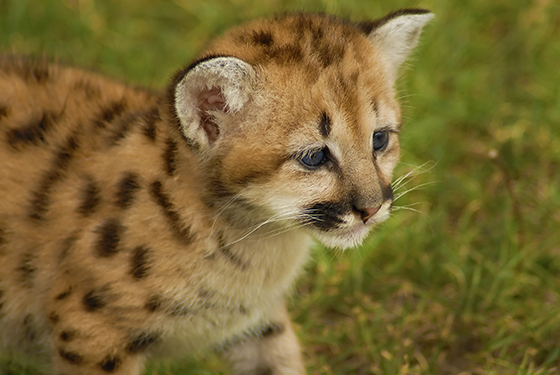 Despite the common fights against dominant lions, attacks on humans are very infrequent. They prefer to ignore the humans that get into the Bryce Canyon and are lucky enough to see one of them. However, there have been many night sights of the lions along the park road. It is also easy to see their tracks in the dusty ground, which look characteristically as a round toe print without any claw marks. If you are lucky enough to get to see one from a close distance, it is said you should maintain eye contact with it and never turn your back. Stand straight and wave your arms to look bigger, and just walk away very slowly to avoid an attack.

Get to discover the rocky mountains of Bryce Canyon, home of these majestic lions, during a road trip through the Wild West from the city of Angels to the city of Sin: The Wild West Challenge!

Liked this story? Getting itchy feet to travel and find adventures? Then join us on our next Wild West Challenge. Get a team together and experience an amazing road trip through the Wild West! If you want to join us in spirit, like us on Facebook or follow us on Twitter to keep up with our latest antics. And to never miss any important update, why don’t you sign up for The Travel Scientists Newsletter!
Tags:
animals from the mountains Bryce Canyon Bryce Canyon Country cat Cougar fauna fauna of Bryce Canyon lion Mountain Lion mountains Puma Southern utha Utah Wild West Wild West Challenge