Desert Driving Tips: How to Make Your Trip Smooth and Safe – Part One 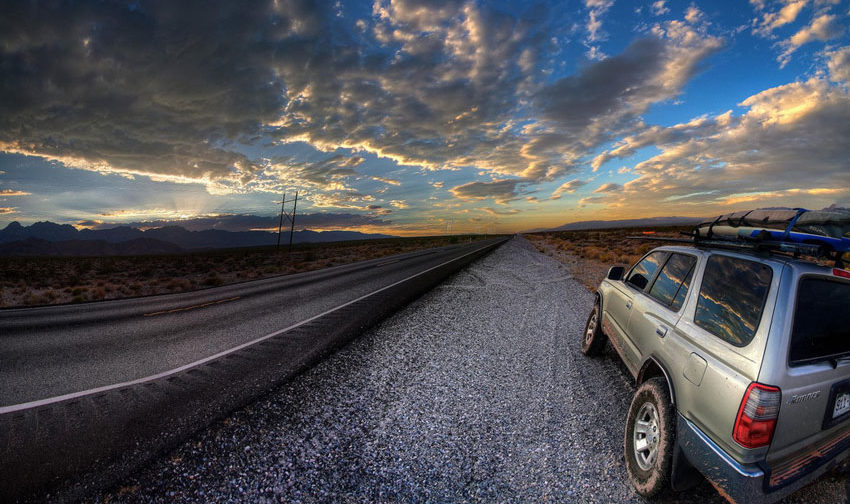 California’s deserts — Death Valley, the Mojave, Owens Valley, etc. — are breathtakingly beautiful, and form a large part of California; they’re also accessible, as long as you use some common sense and take a few precautions before you set off. Don’t be intimidated by the idea of driving through the great California deserts on the Wild West Challenge. Compared to the typical deserts on other continents, desert driving here is usually convenient, safe, and fun, and you’ll see some of the best parts of California, including the Mojave desert and Death Valley.

What makes Californian desert safer than the rest? 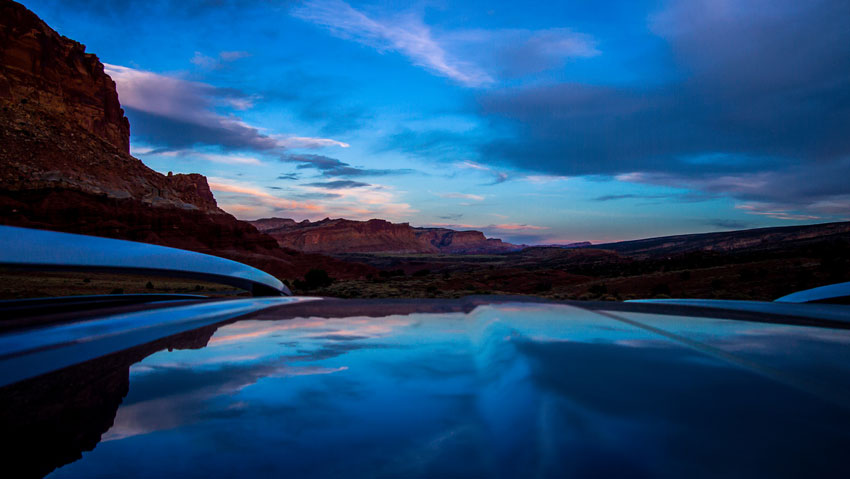 Perhaps a third of California is desert, but it’s not necessarily the kind of desert many visitors would expect: most of the deserts in California are mountainous, and covered in sage brushes and Joshua trees, and except for a few spectacular locations such as the Eureka Dunes, they’re not like the endless sand dunes of the Sahara that some people tend to think of when they hear the word “desert”.

As most of California’s deserts are crossed by freeways or major highways, you can do a lot of desert driving on good roads with gas, water, food, and accommodation available at convenient locations. Most of the larger truck stops and small settlements along the highways will have some sort of cafes and cheap motels too.

However, way off the beaten track, the deserts here are still wild and dangerous, and while most travellers won’t need to worry about that, there are still a few rules and common sense things you should consider. We’ll start with the most obvious and move down the list towards the more obscure. 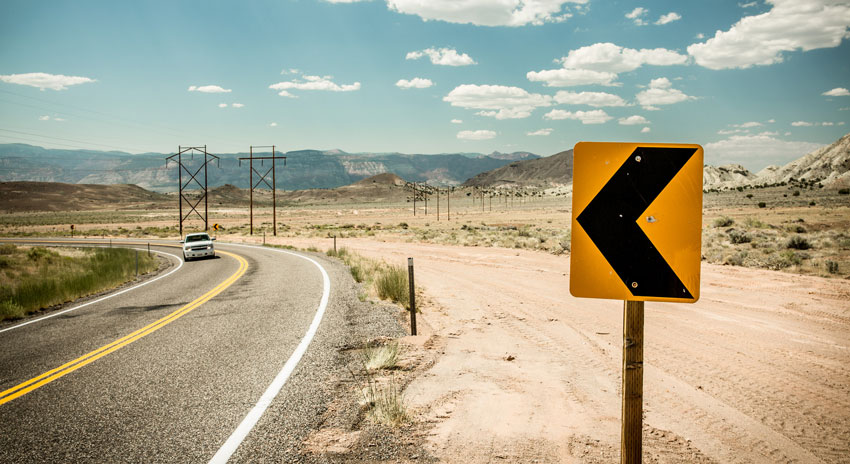 Except in winter, the Californian deserts get scorching hot, with daily temperatures in the 45 degrees C range or more, with very low humidity to boot. Death Valley is the hottest place on earth (also one of the driest), and much of the rest of the Mojave is also extremely hot. Britons and Europeans by and large will not have much experience of this, so do try to remember to protect both yourself and your vehicle:

If you’re not used to high temperatures, don’t drive through the desert in summer. If you do decide to go though, always carry enough water for you and your passengers/teammates to survive in the desert if your car breaks down. If you’re leaving the main roads, plan on needing three days’ water for every person; otherwise one day is probably enough. The amount of water every person uses per day depends on the surrounding temperature and humidity; in summer I always carry at least a gallon (4 liters) for each person a day; during the rest of the year it’s probably about half that.

Also carry extra water for your car’s radiator. California’s deserts are mountainous, and your car might have to rise from near sea level to over 8,000′ within a relatively short stretch. This can really stress the cooling system on older vehicles, so be prepared to take it easy and watch the radiator temperature and coolant levels. Some highways have water tanks at strategic points next to the road for this, but don’t count on it.

Make sure your car can take it 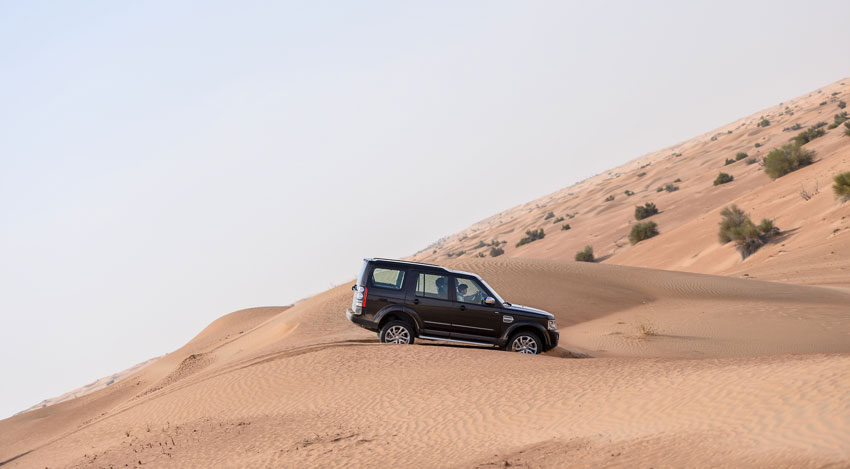 For desert driving, you want a car in good condition, reliable, and physically robust. You don’t need any special sort of vehicle in the desert unless you’re off-roading or driving along some of the worst tracks far from civilization, but you do want to have a car has enough clearance and traction to cope with the smaller dirt roads if you’re leaving the highways and freeways. Don’t attempt to leave the major highways or freeways with a large RV, or a low-rider, for example.

It’s useful to have a car with air conditioning. Having said that, don’t overwork your vehicle if it’s small or under-powered by having the air conditioning on all the time — turn it off while driving up steep or long hills, for example. 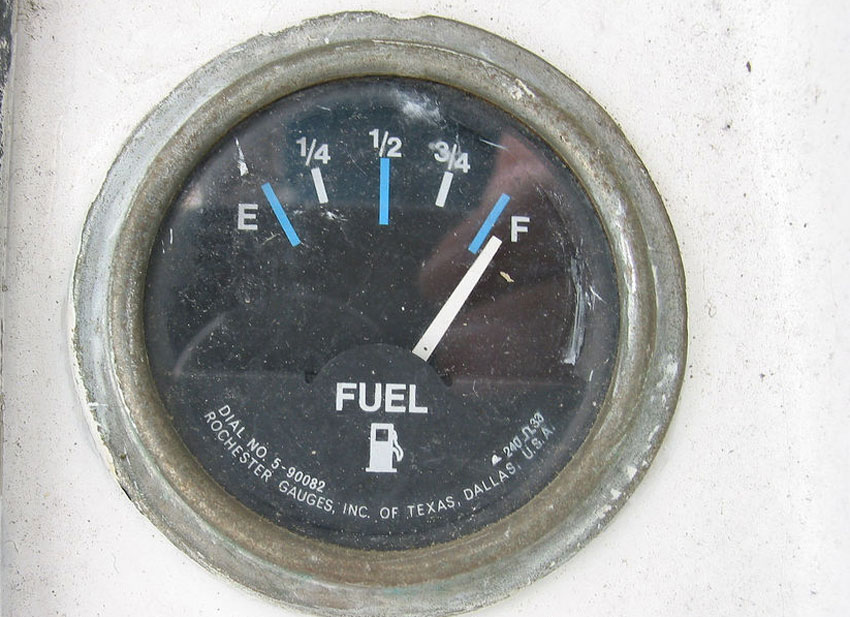 When you’re off the major highways and freeways, fill up with gas and water wherever you can — don’t simply assume the next gas station will be open or that the next settlement even has one. You can never have too much water or gas in the desert.

…And the fluctuations in temperature

California’s deserts do actually get quite cold during the night; in winter the temperatures can drop below freezing. Always carry enough clothing or blankets to keep warm in these conditions.

Hope the above desert driving tips have been useful in preparing for the Wild West Challenge. Stay tuned for part two.

Liked this story? Getting itchy feet to travel and find adventures? Then join us on our next Wild West Challenge. Get a team together and experience an amazing road trip through the Wild West! If you want to join us in spirit, like us on Facebook or follow us on Twitter and Instagram to keep up with our latest antics. And to never miss any important update, why don’t you sign up for The Travel Scientists Newsletter!
Tags:
adventure California Death Valley desert desert driving Desert Driving Tips how to drive in the desert Joshua tree National Park road roadtrip Wild West Wild West Challenge