The Top Five Movies Set in the Wild West Here’s what we think are the top five movies set in the Wild West.

The Wild West Challenge minimal assistance adventure takes almost two weeks and covers over 3000 miles, as teams drive from the City of Angels to the City of Sin. With participants leaving from Hollywood, and driving through the incredible scenery of the America West, there aren’t many better ways to get excited for the event than watching a Western. Some of the greatest films ever are set in the Wild West, so the competition is fierce. Not everyone will agree, but we think this is a pretty solid list, guaranteed to get you in the mood for a road trip. Here are our top five movies set in the West. 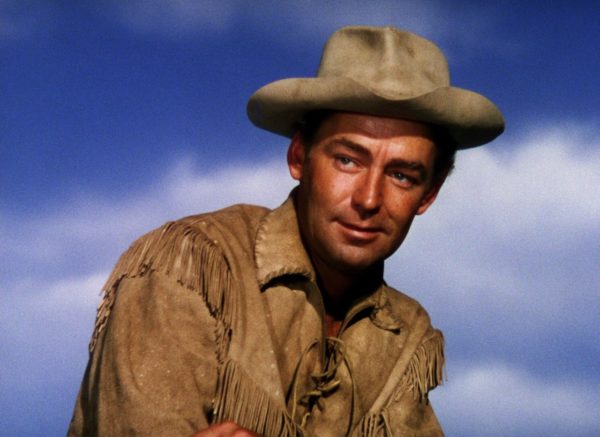 Shane is an absolute classic, and one of the best depictions of a classic Wild West character: the loner who just wants to stay out of trouble, but somehow always needs to save the day. Former gunslinger Shane wants to live a quiet life, and befriends a settler family somewhere in Wyoming, not long after the Civil War. Its a story of people trying to live a peaceful life, the violent greed that they come across, and the need to stand up for what’s right. The viewer is left to wonder about Shane’s mysterious past, and why he travels from town to town, never settling, but saving lives and breaking hearts wherever he goes. 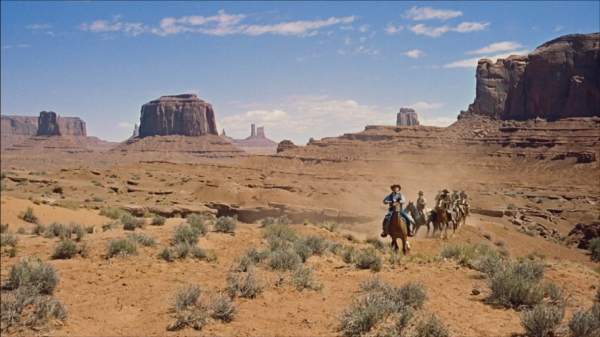 The Searchers is more complicated than Shane, but just as rewarding. Filmed in Arizona’s Monument Valley, pictured above, just viewing the magnificent cinematography will get you in the mood for the Wild West Challenge. The film is arguably the darkest on the list, thanks to the main character Ethan, played by John Wayne. He is another solitary hero, with an unexplained (probably criminal) past, who is there to save the day — in this case by searching for his kidnapped niece, in a years-long quest. However, the problem is that Ethan is an overt racist, who hates native Americans. The film never explicitly condemns him, leaving the viewer to decide what the director is trying to say. This doesn’t change the fact that as a film The Searchers is frequently moving, often beautiful, and influenced many other great American movies.

The Good, the Bad, and the Ugly 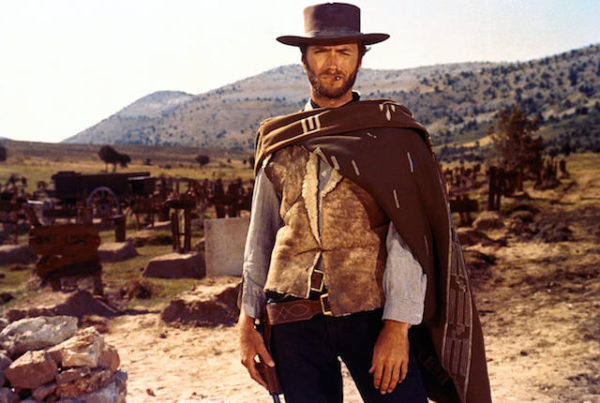 Any list of the best movies set in the Wild West must contain the work of Sergio Leone and, honestly, this entry could just as easily be replaced by Once upon a Time in the West. However, The Good, the Bad, and the Ugly, is probably the most famous Western ever, and has everything you might look in such a film. There’s Ennio Morricone’s incredible, and instantly recognizable, soundtrack. It’s a great watch: the broad pans and long close-ups. There’s action: this is very much the Wild West at the time of the Civil War, and there’s plenty shooting to prove it. The irony is that this is a Spaghetti Western — neither the director, soundtrack, or landscapes are actually American — but it’s about as American as any film you can imagine!

If you don’t like violence, look away. The Wild Bunch is a bloodfest. Set in 1913, at time when the West was arguably no longer “wild”, but the movie certainly is. It features four outlaws whose best days are behind them, a little like the West they (and film-goers) knew. In a way, the classic American Western was dying; good old-fashioned violence and simple “good versus bad” storylines were going out of fashion. But The Wild Bunch doesn’t make it only to the list of best movies set in the Wild West merely for what it represents: director Sam Peckinpah simply made a great film, especially if you watch the uncut 144 minutes version. Unforgiven was made in 1992, long after the Western went out of fashion, but it might just be the best of the lot. It’s revisionist, questioning the basic premises of Westerns, while at the same time also manage to follow in the path of the greatest movies set in the Wild West. Directed by Clint Eastwood, star of The Good, the Bad, and the Ugly, he is also the leading man: a gunslinger forced into action one last time. Eastwood plays William Munny, a widowed pig farmer, uninterested in in returning to violence of his past. When he inevitably returns to the life of a hitman, a classic story plays out. It manages to be a classic Western, but also a commentary on assumptions about life, killing, and who gets to tell the story.

Liked this story? Getting itchy feet to travel and find adventures? Then join us on our next Wild West Challenge. Get a team together and experience an amazing road trip through the Wild West! If you want to join us in spirit, like us on Facebook or follow us on Twitter and Instagram to keep up with our latest antics. And to never miss any important update, why don’t you sign up for The Travel Scientists Newsletter!
Tags:
five best westerns frontier country high noon minimal assistance adventure challenge new mexico once upon a time in the west rio bravo roger ebert shane the civil war the good the bar and the ugly the searchers the travel scientists the wild bunch unforgiven westerns Wild West Wild West Challenge wild west movies