Legends about the Lake Tahoe – Stories of Monsters and Mafiosos. 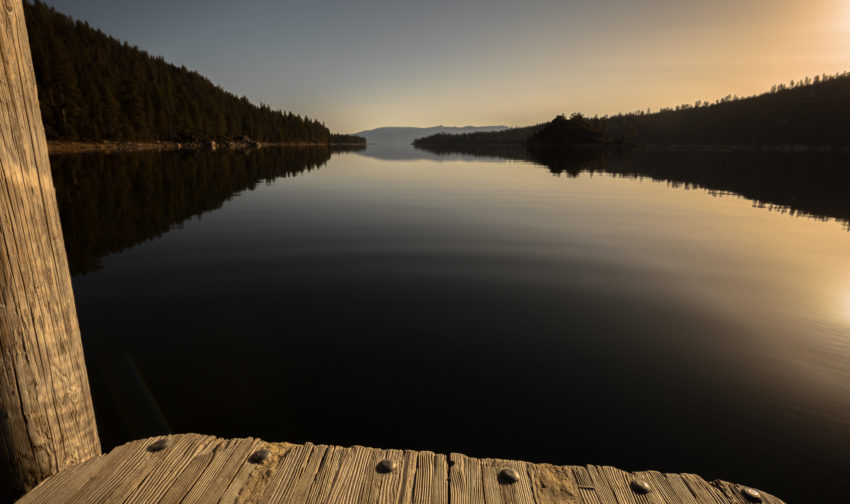 Lake Tahoe, the largest freshwater lake in the state of California, is surrounded by all kinds of stories and rumors about its existence and about what may lie under its dark waters. From a secret mob graveyard to the home of a dangerous and unknown creature, Lake Tahoe keeps being a mystery to be solved. Let’s find out what these legends about the Lake Tahoe say!

A creepy story often told in the surrounding areas of Lake Tahoe says that, a few years back, a fisherman was sailing along the South Shore of the lake. For him, it was just another normal day of work on the lake, but, that day, something strange happened. While trying to catch fish, his hook caught on something in the deeps. The fisherman pulled and pulled, trying to free it from the mysterious item that was trapping it, and, when he finally did and reeled his catch back to the boat, he found out that what was in the hook was not any kind of fish: it happened to be a well preserved human ear. Another version of the story says that it was three-fingered human hand. 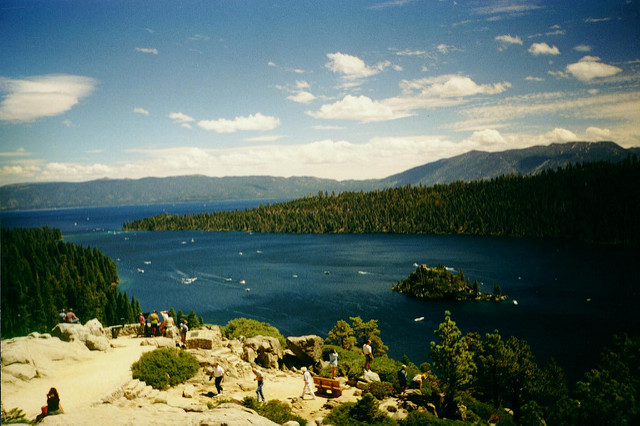 How could these human rests get there? The local legend affirms that the waters of South Shore, which are 900 foot deep, used to serve as the place where the Mob dumped their victims from the 1920s to the 1950s. If this is true, it would mean that hundreds of corpses are suspended in the depths of the lake, preserved from decay and prevented from gas bloated surfacing because the temperature of the waters, which is freezing.

The tale has gone from mouth to mouth for years, and it reached such a point of popularity that many local fishermen refer to the place as “The Graveyard”. Furthermore, an execution following this procedure, which is known as Tahoe- Boat Mafia Execution, is featured in one of the most climatic moments of the famous mafia movie The Godfather Part II.

Tessie, the Monster of Lake Tahoe

The other legend that refers to Lake Tahoe is even stranger (and harder to believe): the tales of Tessie, the monster of Lake Tahoe. Local people maintain that there is a large, unidentified creature that looks similar to a snake and lives in the deepest part of the Lake. According to the stories, it usually appears to human sight around the month of June but only in even numbered years. 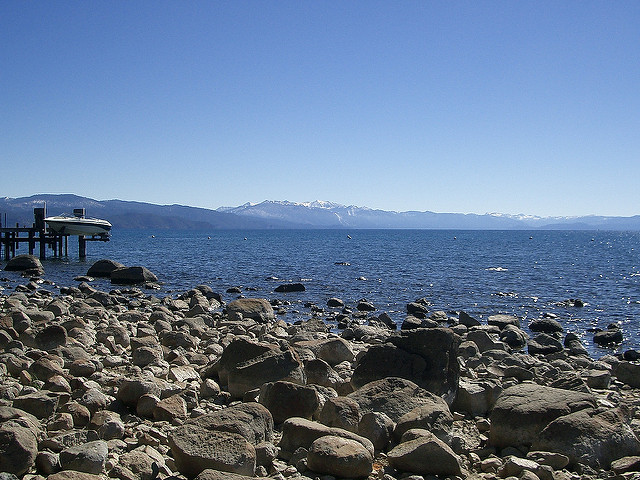 Its name, “Tessie”, is kind of a parody of the name of the Monster of the Lake Ness, “Nessie”, taking the T from Tahoe. 19th century observers first spotted the beast, but it is said that it even appears in ancient Indian legends from previous times. The first two people to report about Tessie were two women who were hiking above the West Shore when they saw the creature swimming below them. Patsy McKay and Diane Stavarakas reported it to the news, and the story made the headlines of the San Francisco Chronicle on 1984.

The women described the mysterious animal as 17 feet long, and they said it went underwater and up again several times “like a little submarine”, quoting their words. They also said it presented a humped back and moved in a whale-look manner, even if it reminded more of a snake.

Two years later, two policemen coming from Reno, officers Kris Beebe and Jerry Jones, also reported having seen Tessie. They were water skiing in the lake when the creature came swimming to them. They quickly escaped from the water and they weren’t harm at all. In their description of the mysterious creature, they emphasized the fact that it was unusually large. 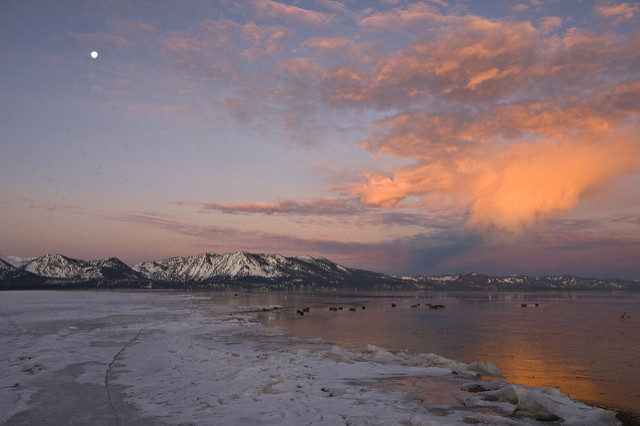 Perhaps the most important attempt of finding some information about Tessie was the following case: in the 1970s the famous oceanographer Jacques Cousteau dived into the lake with a small submarine until he reached the bottom of the lake, where he spent a considerable amount of time alone studying the underwater. When he came back to surface, he just said: “The world isn’t ready for what is down there”. From then on, he refused to talk never again about it, and he never gave away any details, data or pictures from his investigation. Since then, all that remains about the Monster of Lake Tahoe is pure mystery.

Maybe you will join the list of few people that managed to see the sneaky Tessie in Lake Tahoe during our adventure road trip in the Wild West, but, what is for sure, is that you will come across many interesting places, people and situations. Join the next Wild West Challenge and enjoy an awesome adventure through canyons and deserts in the best trip through the Wild West you will ever find!

Liked this story? Getting itchy feet to travel and find adventures? Then join us on our next Wild West Challenge. Get a team together and experience an amazing road trip through the Wild West! If you want to join us in spirit, like us on Facebook or follow us on Twitterand Instagram to keep up with our latest antics. And to never miss any important update, why don’t you sign up for The Travel Scientists Newsletter!
Tags:
California Jaques Custeau Lake Tahoe Lake Tahoe legends Lake Tahoe stories mob mob graveyard monster of lake tahoe southshore Tessie Tessie monster The Godfather