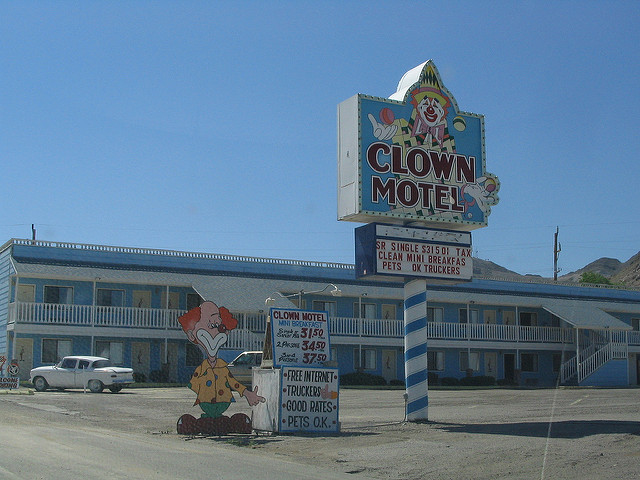 The West may be wild, but it’s also… weird. In Nevada, one of the states visited by the Wild West Challenge, there is a small town by the name of Tonopah. Halfway between Reno and Las Vegas, the population is barely a few thousand. There are two notable things about Tonopah. Firstly, it’s home to a “Clown Motel”, packed with figurines and paintings of incredibly creepy clowns. Secondly, the area is haunted by the undead remains of miners, interred in the old cemetery next door. Let’s learn more. 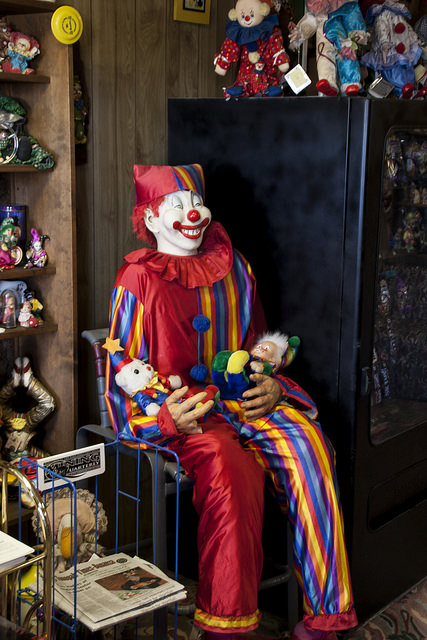 A highway junction in Nevada’s Great Basin, Tonopah was once an important mining town. Unlike many such places, totally abandoned once all the treasure had been mined, Tonopah’s useful position between Reno and Las Vegas meant it never quite became a ghost town. Rather than ghosts, though, Tonopah has clowns. (Okay, there are some ghosts too; more on that later). In fact, the Clown Motel, at the Western edge of town, has five hundred model clowns, of various sizes and likenesses, and many more clown paintings besides.

How Does a Motel Become a Clown Motel? 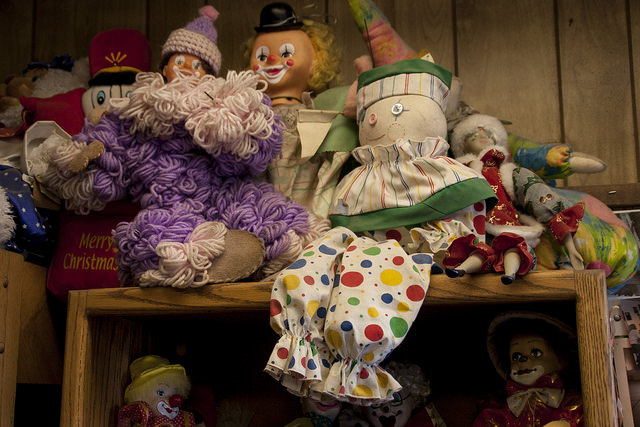 Incredibly, the Clown Motel was never intended to be such. The original motel owner apparently heard about a good deal on clown figurines at a Las Vegas auction, and snapped them up, perhaps intended to sell them on for profit at a later date. However, there was no place else to keep the clowns but at his motel, and it quickly became apparent that they were a selling point, for some anyway. In an unordinary place amid a sparsely populated desert, the Clown Motel was suddenly an attraction. From then, the collection grew.

So, it’s just a motel… with clowns? 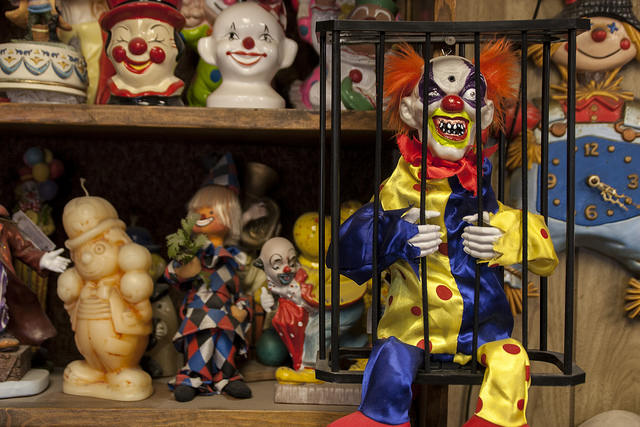 Yes. It’s an ordinary motel, in that people can stay for the night. The lobby features lots of clown models: large and small, bright and dark, cute and terrifying. Every room is also clown-themed, with clowns on doors and walls adorned with the faces of faces clowns. Customers can even pay to stay in the “clown suite”, the highest intensity clown accommodation available.

Do People Actually Stay in the Clown Motel? 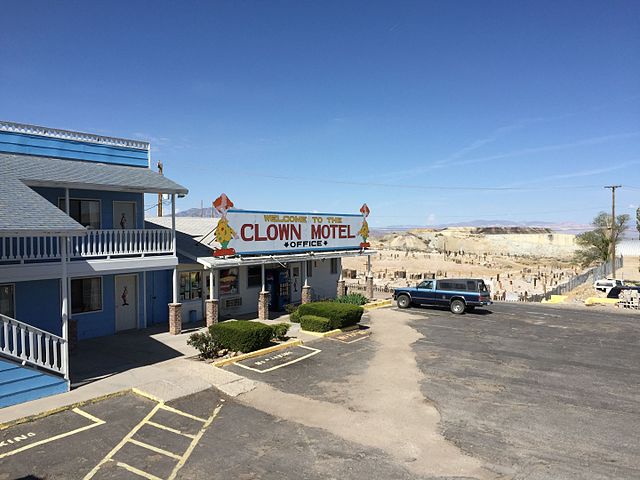 The clown motel appeals to several different groups of clientele. Firstly, there are bikers, truckers, and ordinary drivers, who just need a place to stay. Secondly, there are people who love clowns: people come from far and wide to see the collection and experience somewhere as devoted to clowns as they are. Thirdly, there are those who may not be obsessed with clowns, but are fascinated by the idea of a Clown Motel; it’s the sort of place that needs to be seen to be believed. The final, and by far the more interesting, group of guests at the Clown Motel are those who hate clowns. There’s no better place to face one’s fear, so Coulrophobics have also been known the stay the night, if they can handle it.

The Creepy Cemetery Next Door 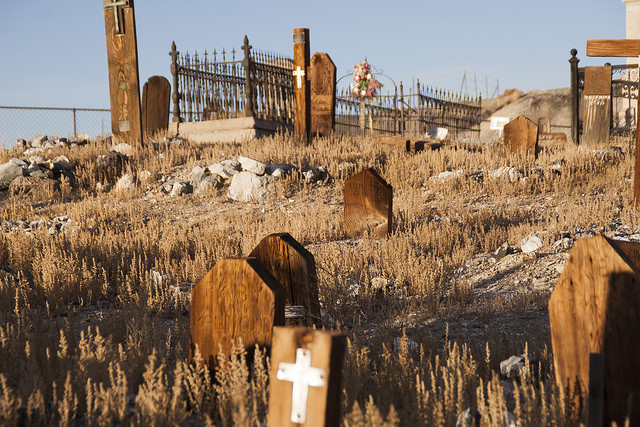 As if having a Clown Motel wasn’t creepy enough for one town, there’s also a supposedly haunted graveyard. Most of those who lie in rest in the old Tonopah Cemetery died as the result of “Tonopah plague”, a brutal disease of uncertain origin which hit the town in 1902. The deceased of the 1911 Tonopah-Belmont mine fire are also among the graves, all of which date from the first decade of the 20th century. Locals insist that the cemetery is haunted, possibly my the ghosts of dead miners. Incredibly, there are further reportedly haunted locations in town: particularly the Mizpah Hotel, where guests claim to have seen a “lady in red”.

Liked this story? Getting itchy feet to travel and find adventures? Then join us on our next Wild West Challenge. Get a team together and experience an amazing road trip through the Wild West! If you want to join us in spirit, like us on Facebook or follow us on Twitter and Instagram to keep up with our latest antics. And to never miss any important update, why don’t you sign up for The Travel Scientists Newsletter!
Tags:
clown motel clowns haunted cemetery Las Vegas minimal assistance adventure challenge minimal assistance rally Nevada reno silver mining tonopah tonopah cemetery tonopah plague travel scientists weird west weird wild west Wild West Challenge