Ultimate Books to Read Before a US Road Trip 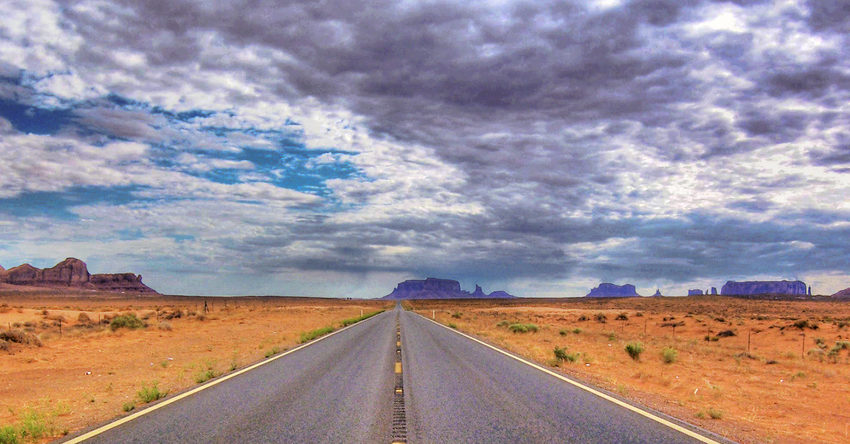 We list the best books to read before a US road trip.

Americans like to imagine that the defining characteristic of their nation is freedom, and when you’re driving fast on the open road, somewhere in the American West, it’s hard to disagree. While there’s a lot more to the states than empty highway, the feeling that you can go anywhere, and do anything, has permeated the American psyche for centuries, and nowhere is it more evident than literature. Here are the classic books to read before a US road trip; these will keep you entertained, enthralled, and inspired:

On The Road – Jack Kerouac 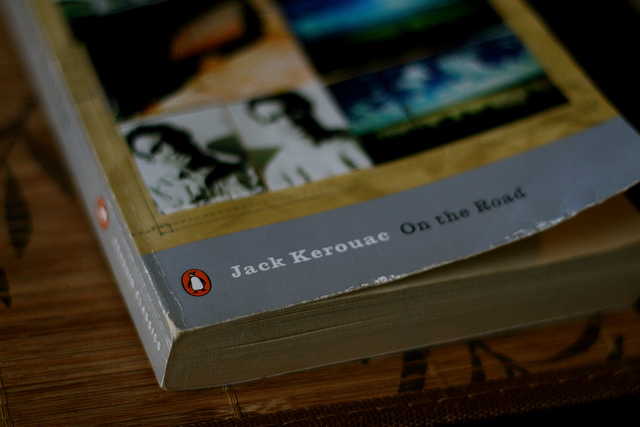 More than half a century ago, Jack Kerouac wrote the ultimate American road novel, which is an easy selection as one of the absolutely essential books to read before a US road trip. His classic tells the story of several cross-country journeys, where he encounters a heady mix of girls, drugs, and misadventure. Thrilling, funny, and occasionally tragic, what gives the novel its irrepressible sense of life is that it’s based very heavily on Kerouac’s own adventures, among the then-burgeoning “beat generation” of young authors obsessed with exploring the dark underside of American life.

If On the Road captures the real America, The Electric Kool-Aid Acid Test depicts the utterly surreal. Tom Wolfe — one of the creators of the “New Journalism” style, which featured half-truths but full-participation — tells the story of a psychedelically painted school bus filled with a gang of LSD-loving hippies called the Merry Pranksters. Coincidentally, the driver of the bus is Neal Cassady, who was the inspiration for the main character of On the Road. Circling America while expanding their consciousness, the cast of famous misfits’ hallucinogenic adventures have over the decades inspired readers to explore America, and themselves. 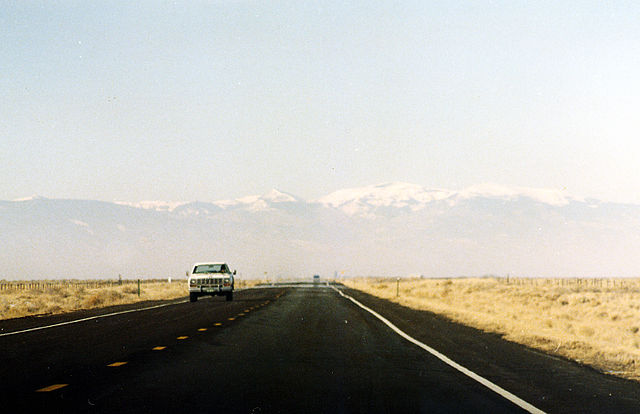 A passenger on the Magic Pranksters’ bus was Hunter S. Thompson, another of the forefathers of the “New Journalism”. He was notorious for books that blurred the line between truth and fiction; he claimed that absolute truth is a “very rare and dangerous commodity in the context of professional journalism.” However, there’s plenty truth to learn about America from the pages of his most famous work. Fear and Loathing is a novelised account of his drive from LA to Las Vegas, and the madness he finds when he gets there. It’s not for the faint-hearted, featuring madness, debauchery and a lot of drugs, but there’s enough driving to make it one of the perfect books to read before a US road trip. 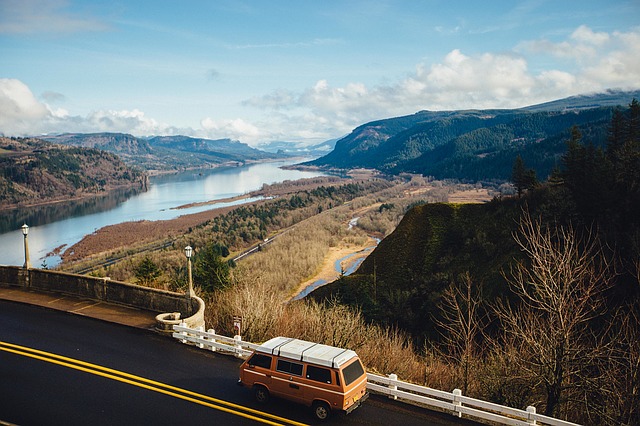 This is a very different sort of road-trip book. Witty rather than wild, Bryson — returning to the States after decades living in the UK — jokes his way across the country in search of the “real” America. He crosses many states, describing the life and quirks of the people he encounters, who live ordinary lives in ordinary towns. He might be quick with a sarcastic jibe but his thousands of miles of aimless driving — the ultimate road-trip experience, of nowhere to go but lots to see — slowly reveal the beauty and dignity of small-town America. 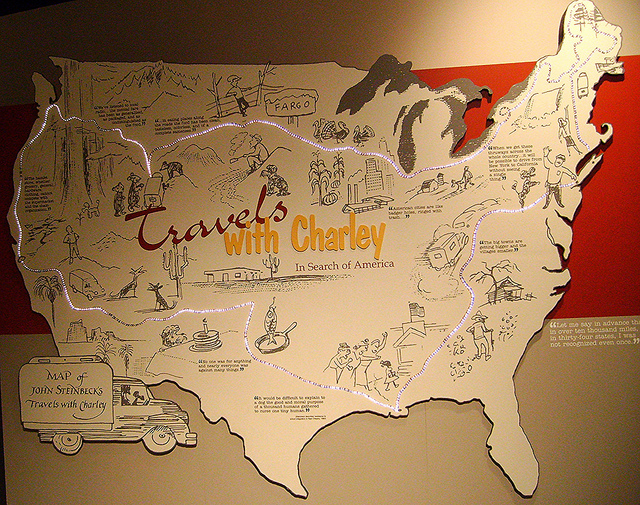 Unlike Bryson, when John Steinbeck set out in 1960 on a mammoth roadtrip (accompanied only by his dog, Charley) he’d already spent a career writing about America. However, he found he still had more to learn: about his country, and about himself. His journey takes him to varied communities, some unchanged by time, some undergoing dramatic upheaval. Though as a novelist there are suspicions he made up many of the details, Travels with Charley remains an essential account of a time in US history that has long since passed, whilst depicting the joys of travel which are still experienced today.

These books are the perfect read before a US road trip. And the next step is doing it for real! Come along for the Wild West Challenge, a 12-day driving odyssey from the City of Angels to the City of Sin, covering California, Arizona, Utah, Colorado and Utah: the perfect region for a once in a lifetime road-trip. The minimal assistance rally encompasses bustling cities, ghosts downs, the unique scenery of the American West and, importantly… the open road.

Liked this story? Getting itchy feet to travel and find adventures? Then join us on our next Wild West Challenge. Get a team together and experience an amazing road trip through the Wild West! If you want to join us in spirit, like us on Facebook or follow us on Twitter and Instagram to keep up with our latest antics. And to never miss any important update, why don’t you sign up for The Travel Scientists Newsletter!
Tags:
adventure challenge beat generation bill bryson driving in America fear and loathing in las vegas hunter s. thompson jack kerouac john steinbeck minimal assistance rally on the road road trip the electric kool-aid acid test the lost continent tom wolfe travel books travel scientists. wild west challenge travels with charley What to Read Before a US Road Trip